It isn’t Christmas without The Nutcracker.  The Alberta Ballet’s The Nutcracker returns this year to wow audiences again with their spectacular performance of this timeless story.  Performances are scheduled Friday December 2nd through Sunday December 4th, 2011 at the Royal Theatre.

For a fun children activity, visit the Mary Winspear Centre on Sunday December 4th from 1:00 to 3:00 pm and 4:00 to 6:00 pm.  The centre will be transformed into a Winter Wonderland of bouncy castles, face painting, games, balloons and much more.

This is a fundraiser for the Youth Arts & Cultural Festival.

The Sidney Sailpast of Lighted Boats Parade starts at 6:15 pm at Van Isle Marina and sails along the coastline past the waterfront.  The best viewing spots are from Port Sidney to Tulista Park.  It wouldn’t be Sidney by the Sea without a Sailpast Parade! 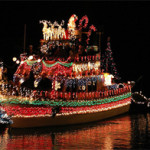 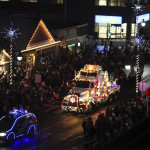 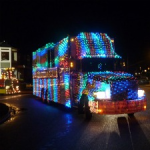