We all recognize the iconic sound of a foghorn, the deep resounding note that booms out through the mist to warn boaters of danger or other vessels in the water. But, did you know the foghorn is a Canadian invention?

Foghorns, or fog signals, were historically used on land, from a lighthouse or other building, to warn sailors away from dangers when visibility was poor. In more recent times, they have adapted into an on-board navigational tool, used internationally as a sounding device.

Although their design and purpose may have changed somewhat since they were first used, foghorns remain a vital piece of equipment, and all boaters should be familiar with the signals they may hear or need to use while on the water.

The History of Foghorns – a Canadian Invention 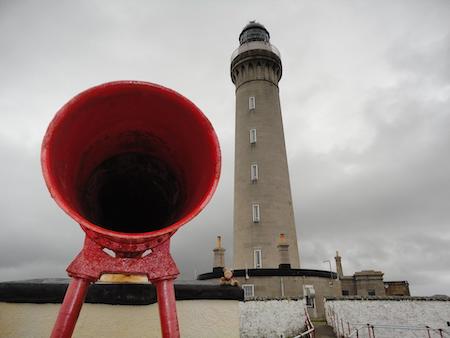 Fog and poor visibility are arguably the biggest obstacles a sailor can face. Sound signals have been used for hundreds of years in an effort to prevent tragic outcomes. Originally, bells, gongs and even canons were used to get the point across. These had to be struck continuously by hand by a designated person.

The first automated foghorn was steam powered and was designed by Robert Foulis, a New Brunswick-based inventor. He was said to have realized the benefit of low-frequency sound when he heard his daughter practicing piano scales through the fog.

Foulis’ design was for a horn which made noise when air was pushed through it using a steam-powered compressor. Another Canadian engineer, TT Vernon Smith installed the first-ever foghorn, from Foulis’ design, at Partridge Island, NB in 1859.

In the early 20th century, a compressed air version of the foghorn, the diaphone, was developed and that device was used in hun

dreds of lighthouses across the western and eastern coastlines of Canada until the 1970s when an electric-powered air horn replaced it.

These days, lighthouse foghorns are rare as the development of modern navigational tools, like onboard compressed air horns and GPS, has made them redundant. In British Columbia, lighthouse foghorns were shut down in the early 2000’s to save money, although there are a few remaining foghorns on the east coast. 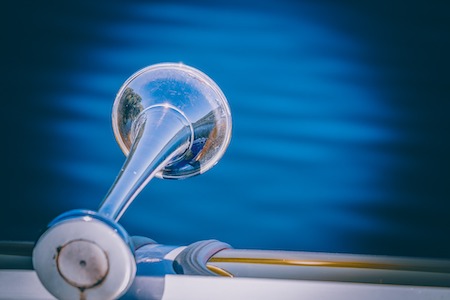 These days the foghorn sounds you hear coming through the haze are from vessels that are navigating through restricted visibility. It is a legal requirement for boats to carry sound signalling devices, to be used for both communication with

other vessels when underway and in poor visibility.

According to Transport Canada, any sail or powerboat under 12 meters must carry at least one sound signalling device from:

Boats between 12m and 20m must have one of the above devices plus a fitted whistle, while those over 20m must also have a fitted bell.

Some yachts now come with built-in, electronically controlled horns. Large ships and cruise liners also have strict requirements and are

identifiable as their foghorns are deeper and louder than a pleasure boat. 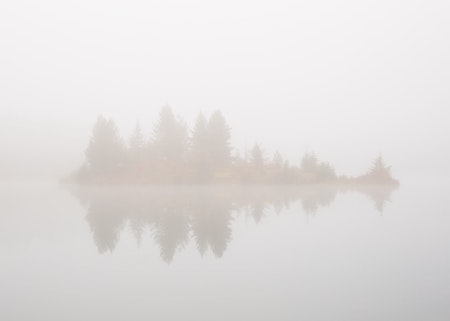 Imagine being at sail on the ocean and getting caught unexpectedly in thick fog. Ensuring you don’t collide with another vessel, run aground or drift into a shipping path will be of prime concern.

You will need to make quick decisions about your course of action, begin making the required sound signals, as well as listening out for signals from other vessels.

Read our previous blog to find out more about safe boating in poor visibility and the steps you should take if you find yourself in a low visibility situation.

Anyone who is in control of a boat should be familiar with the international standard for sound-signalling, not only to be able to make others aware of your own presence, but to understand the signals you hear.

In good visibility, foghorns, or electric horns should be used to notify your intention when passing another vessel.

When passing from behind

In clear conditions, sound signals should also be used to warn of the following:

In poor visibility, use the following guidance and signals:

Sound signals repeated at 2-minute intervals will make other boats aware of your position and whether you are underway or stopped. Common signals for boats in poor visibility include use of foghorns and bells (each repeated every 2 minutes):

If the marine weather forecast is predicting low visibility, choose to stay safe and moor at Van Isle Marina.

Located in Sidney, BC, our state-of-the-art marina is fully loaded with facilities such as a business centre, laundromat and shower facilities, so you can make the most of your day at the dock. Why not check out our on-site restaurant too?

Contact us today for more information about mooring with us.

How to Make the Most of Virtual Boat Shows

Help Support Our Local Marine Search and Rescue Volunteers
Electric Boats: The Wave of the Future?