If you’re new to the boating community, familiarizing yourself with some simple radio etiquette will help you feel more confident when out on the water. Van Isle Marina has you covered with our handy beginner’s guide to VHF radio etiquette.

But before we get to the etiquette, there are 2 main housekeeping rules:

1. Never Leave Shore without a VHF-FM Radio Onboard 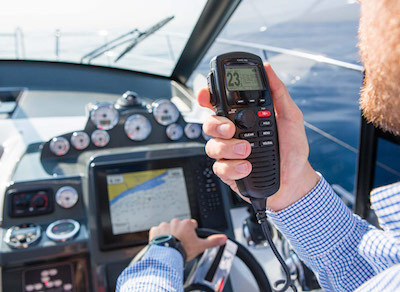 Motorboat operators, and especially yacht operators, should never leave the shore, dock, or marina without a VHF-FM radio on board their vessel. VHF stands for Very High Frequency, and when you’re out at sea, a VHF radio is your primary way to send and receive distress calls to and from the Coast Guard and other boaters.

Why Your Cellphone Won’t Cut It – VHF radios are still the preferred communication method for boaters, despite everyone having a smartphone these days. They are more reliable than cell phones out on the open sea because they can withstand rough weather, are wired to your boat’s battery so they are always charged, and consistently provide more reception than cellphones. They are of large benefit to boaters because they can reach a larger audience than a cellphone, and you don’t have to memorize any phone numbers to communicate with other boats.

2. Take a VHF Course & Get Certified

It’s better for all boaters if every operator of a VHF marine radio is trained up on how to use one. That’s why, as required by the Radio Communications Act, all VHF marine radio operators must carry a Restricted Operator 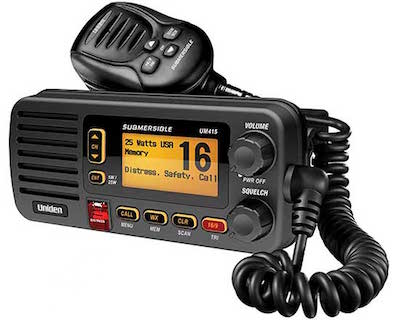 Certificate (Maritime). Get your certificate, often referred to by its abbreviation – ROC(M) – through the Canadian Power & Sail Squadrons (CPS), which handles training and testing for Innovation, Science and Economic Development Canada.

Find a VHF marine radio course in your area. The training course will prepare you for a short exam and go more in-depth on the etiquette mentioned here, as well as show you how to use the device.

Note that an ROC(M) is required to operate a radio, this includes the act of turning it on.

1. Keep chatter to a minimum on open channels.

On a VHF radio, channel 16 is an open channel, where all conversations are essentially public and overheard by other boats. You’re not on a private phone call when you’re speaking over a VHF radio. Keep side conversations about dinner plans on general-use channels like 68 or 72. Or better yet, use your cell phones for these types of plans.

2. Be aware of the working channels for your area and keep the right ones clear.

For example, a local water taxi company might use a specific channel to run their business, so try and keep it clear, simply out of courtesy. This will happen naturally if you abide by rule #1 regarding keeping chatter to a minimum in general. Commercial craft and drawbridge operators will also have their own dedicated channels they prefer, so keep them clear as well.

Channel 16 is for International Distress, Safety and Calling, which includes maydays and other warning calls, so it’s also definitely one to keep clear.

3. To indicate you’re done speaking and awaiting a response, say “over”.

The word over is used to signify that your sentence is over and that you are now waiting for a reply. Of all the radio etiquette out there, this might be the one rule you already knew about, as it’s featured on TV and the movies constantly. However, it’s easy to forget to say it after awhile, so make it a habit right from the start.

4. When you are finished with the conversation, do not say “over and out.”

Contrary to popular belief, “OVER” and “OUT” are never used at the same time, since their meanings are mutually exclusive.

5. When you’re first calling on another boat, repeat the name of the boat you’re calling three times.

6. When responding to another boat who has called you, state their name, then your name.

The other boater will know right away that you received their message and are now responding. Saying their name back right away grabs their attention immediately. There is no need to state their name and then your name three times each. Once is fine when you’re responding to a call.

For example, to respond to Christine, the response would simply be, “Christine, this is Annabelle. Over.”

7. Learn and use the NATO phonetic alphabet.

When you’re having to communicate single letters, use the NATO phonetic alphabet so that the person receiving your message is absolutely clear on each letter you’re speaking. This means familiarizing yourself with the “Alpha”, “Bravo,” “Charlie,” “Delta,” names that refer to letters. It’s a universal language when out on the water.

Another universal standard for VHF radio use is reading out single digits instead of longer more complex numbers. So, it’s clearer and easier to understand “one-six” to refer to channel sixteen, and “six-eight” referring to channel sixty-eight. This especially helps when there is a language barrier amongst boaters.

9. Know about the types of calls you’ll hear

There are  three main types of calls you’re likely to overhear on your VHF radio: Safety, urgency, and distress calls. Knowing the severity of each one of these calls and how they affect you is important. Likewise, when making these types of calls, using the right call at the right time is more than just proper etiquette – it’s proper efficiency!

While we’re on the topic of etiquette, we thought it would be worth it to mention avoiding foul language. Remember, your conversations on VHF radio are heard by other boaters, so it’s best to be respectful and watch your language. Keep it clean out there!

The above guide to radio etiquette covers the basics and is a good place to start if you haven’t spent much time operating a vessel before. However, there is still much to learn when it comes to the use of your radio and yacht’s navigational system. (See housekeeping rule #2 above about taking a course and getting certified).

Van Isle Marina’s yachting experts will be happy to provide you with more radio tips for any of the boats you’re interested in at our marina. Contact us to learn more about touring our marina and our new and used boats. 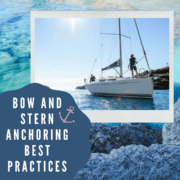 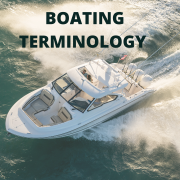 Parts of a Boat 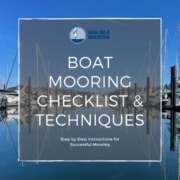 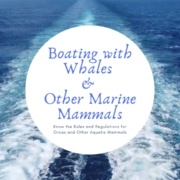 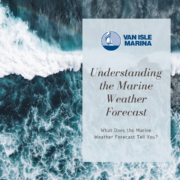 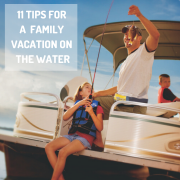 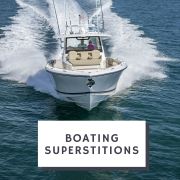 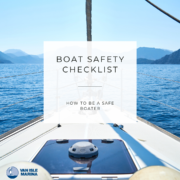