Click on any of the three thumbnails below to view our historical galleries.

The marina began its life in very primitive form in 1947, built over mud flats and floating on beach-combed timber logs. One of the initial customers was fish canning businessman, Ernie Todd, who owned Sidney Island and whose boat, Ethyl M 11, anchored in Tsehum Harbour for years. Ethyl M 11 remained at Van Isle under various owners for 60 years.

Van Isle Marina was purchased by Stephen and Esther Dickinson in 1955 and late that year the family moved into an old cottage that stood in the middle of the parking lot and adjacent to the existing electrical services shed. The whole family, no matter how young, pitched in to work with no pay. At some point in time, the pay went to 50 cents a day.

There were approximately 35 boats and moorage fees were 25 cents per foot, paid monthly.

In the mid-50’s there were two other marinas located immediately to the west of Van Isle. In 1958 one was purchased and the cottage home became the marina office. The family moved into a beautiful Tudor-style home located in the parking lot. In 1966 the second marina was purchased and it has since become our “A” Dock, made up mostly of covered moorage.

In 1958 Philbrooks Boatyard became a part of the marina and to this day remains a strong part of the activity.

In 1970, Stephen and Esther had a 41-foot ketch, Kapduva, built in Hong Kong, and they spent the next 12 years sailing around the world before they settled into a more sedate retirement on Saltspring Island.

One son, Alan, operated the marina while Stephen and Esther were away and then the other son, Mark, joined the business in 1978. Over the next 10 years most of the existing marina was fully rebuilt and upgraded.

In 1993, a 550-foot extension was added to the old, small breakwater off Thumb Point which allowed for the development over the next five years of 150 large-boat berths.

A new restaurant, washrooms, showers and laundry were built in 1997 and a new marina administration building was constructed in 2005. By this time the old cottage office and Tudor home had fallen to the wrecking ball.

Our Yacht Park haul-out facility was developed on several acres of land located on the south side of Harbour Road in 2010. It provides storage and full repair and maintenance services for boats up to 45 tons and 70 feet.

In 2014, a multi-million dollar redevelopment on B, C, D & E docks significantly improved water access. Barges and cranes were used to drill, blast and dredge the clay and rock located in these areas. This development created an open marina layout and brought the total number of berths to 500.

Van Isle Marina is a true family business. Stephen and Esther passed the ownership to their sons Mark and Alan. And now the third generation has taken over the reins.

In 2010, Alan retired from managing the Maintenance Department and his older brother, Mark, retired in 2017 after 39 years at the helm.

Mark passed the business management to his children – the third generation. His son, Greg, is President of the company and daughter, Dana, is Vice President, and daughter, Cara, is Human Resources and Commercial Properties.

Today Van Isle Marina is now one of the largest full-service marinas in British Columbia. The friendly and professional staff is dedicated to providing exceptional personal service. This commitment to excellence has been the hallmark of the marina since 1955. 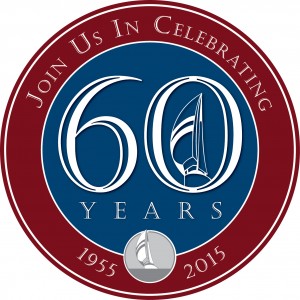 Everything You Need to Know About Catching Deep Sea Fish - Deep sea fishing is a thrilling experience. Read about the gear you need, the ideal type of fishing boat and more in our recent blog: https://vanislemarina.com/deep-sea-fishing-victoria-bc/

Things About Heavy Weather Boat Handling You Should Know - Any boater would rather avoid sailing in a storm than face its challenges. Our latest blog is full of tips and techniques about how to sail in a storm: https://vanislemarina.com/sailing-in-a-storm/

Cats on Boats: Everything You Need to Know - Bringing your cat on your boat is a great way to bond with your four-legged buddy while still doing something you enjoy. If you are thinking about taking your cat on a boating trip, read our latest blog post:
https://vanislemarina.com/cats-on-boats/