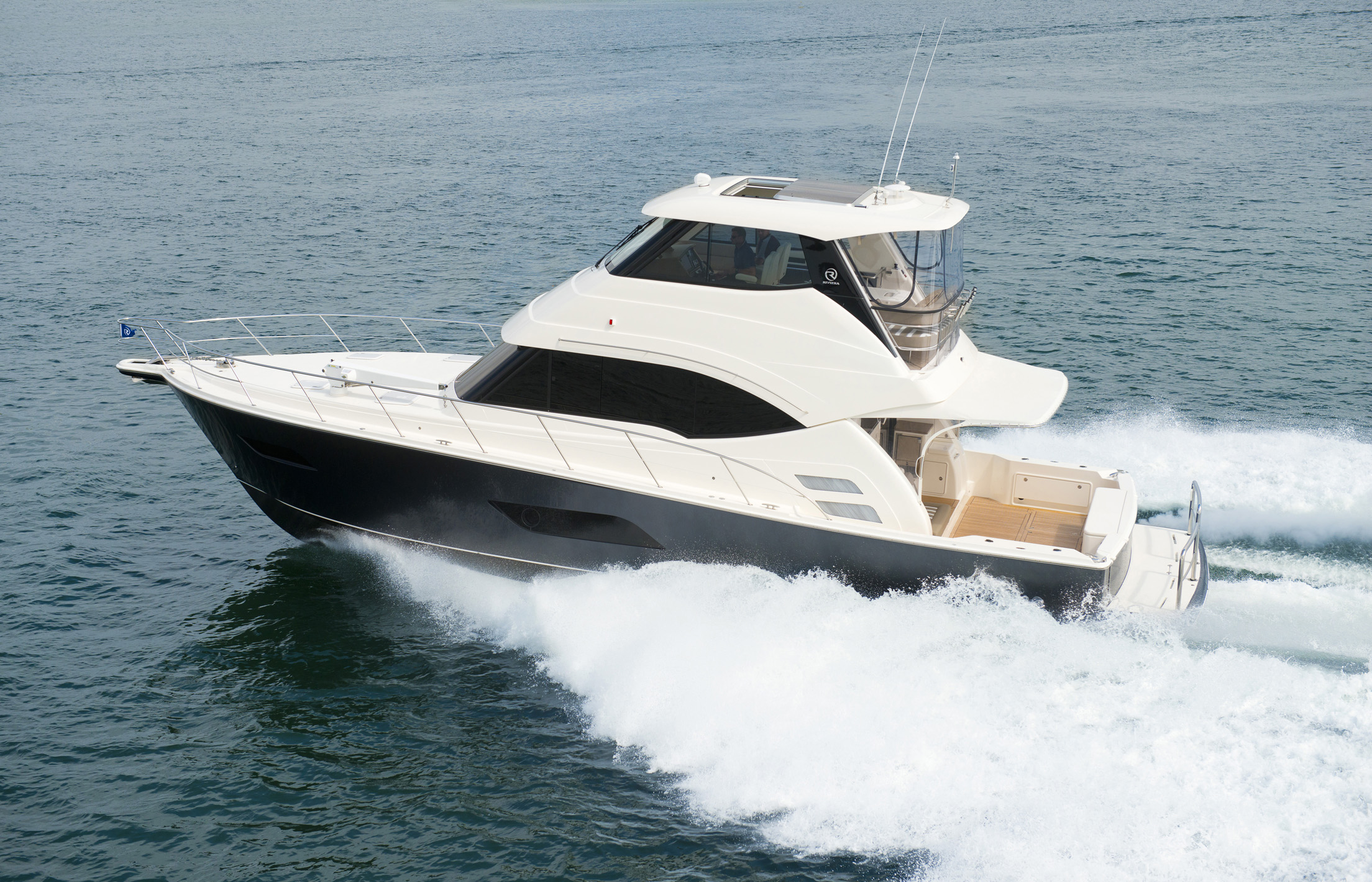 Americas market enthusiastic towards the latest Riviera and Belize models

Fresh from the 54th Fort Lauderdale International Boat Show in Florida, USA, which wrapped up on Monday of this week, Riviera secured buyers for eight of its luxury boats in the American market.

This outstanding result for Australia’s favourite and most awarded luxury boat builder, signals an immediate acceptance of the latest models to be released in the Americas, which Riviera Chief Executive Officer, Wes Moxey, welcomes with open arms.

“Americans love what they’re seeing from Riviera, which is gratifying to us indeed,” Mr Moxey says. “With our series of new models being launched at Fort Lauderdale this year and Miami next February, the future looks very promising.”

The new models, which were launched and received with great enthusiasm at the Fort Lauderdale boat show were the new Riviera 565 SUV and new Belize 54 Motoryacht,

Described as a “unique cross-over craft between a Flybridge and Sport Yacht”, the 565 SUV is the latest luxury cruiser born of more than 33 years of boat-building design, experience and global owner feedback. The spacious 565 SUV features a flexible accommodation plan with sleeping capacity for six to seven adults in three cabins with two bathrooms.

Set to premier at the Miami International Boat Show in 2014, two of the new 50 Enclosed Flybridge have already sold off the plan at Fort Lauderdale International Boat Show, a very strong endorsement for the luxury pleasure craft brand. Created in-house using industry-leading Unigraphics 3D software, Riviera’s team of talented and passionate international designers and engineers have focused on absolute maximisation of space and aesthetics of this brand new Enclosed Flybridge design.

The sleek lines of the Belize 54 Motoryacht, not only delivers style, with art deco influences and a bespoke finish, but real substance with resin-infused composite construction, double vinylester outer skin, watertight stepped collision bulkhead and independent foam-filled hull compartments. Featuring three cabins with two bathrooms, including a full beam master stateroom with ensuite and opening port lights on either side to provide cross-ventilation, the Belize 54 is available in either a Sedan or Daybridge model.

Riviera chairman and owner Rodney Longhurst, is ecstatic about the recent international sales, with American buyers hailing from the Great Lakes to Florida, and attributes this success to Riviera’s hard-working, professional team and their commitment to detail.

“The result from Fort Lauderdale is a fantastic recognition of the efforts over the last 12 months of Riviera’s experienced and talented team of designers and craftsmen,” Mr Longhurst says.

Mr Longhurst notes that being the largest island continent, surrounded by some of the world’s roughest seas and oceans, Riviera boats are designed to take the worst that Mother Nature can deliver.

“I think boating enthusiasts from the Americas appreciate this fact and love the tough character of our boats just as they love our tough, iconic Australian characters such as Crocodile Dundee and Steve Irwin.”

The New Year will see an increase in staffing levels at Riviera, in line with growing international and national demand for Riviera’s luxury boats, adding to the company’s impressive growing forward order bank.

“We’ll also be recommencing Riviera’s awarded apprentice training program, taking in 15 to 20 apprentices across a number of trades in January – the first of two intakes in 2014,” Mr Longhurst says. “We’re proudly helping to create the next generation of Australian world-class boat builders.”

Running from October 31 until November 4, 2013, the Fort Lauderdale International Boat Show culminated in a VIP event for Riviera’s America’s owners to celebrate the US premiere of the Riviera 565 SUV and Belize 54.

Currently exporting 55 per cent of Riviera’s annual production of luxury boats, Mr Longhurst is both humbled and delighted by this historical resurgence in the Americas. The best Americas boat show result in many years.

“I’d like to thank the passion of our dealer network in the Americas whose continued commitment to Riviera is now being rewarded with the welcome addition of these new boat owners to the Riviera family,” he says.

The Fort Lauderdale International Boat Show covered six locations and over three million square feet of space. With over 1000 exhibitors including a variety of runabouts, high performance boats, motor yachts, catamarans, ski boats, jet skis, canoes and even exotic cars, the show was a sight to behold. There were also fishing seminars, presentations of art, jewellery and design for yacht and home plus fine dining and cocktails aplenty.

In 2012 Riviera celebrated the launch of its 5000th boat, the 445 SUV, a significant achievement in the company’s rich 33-year history.