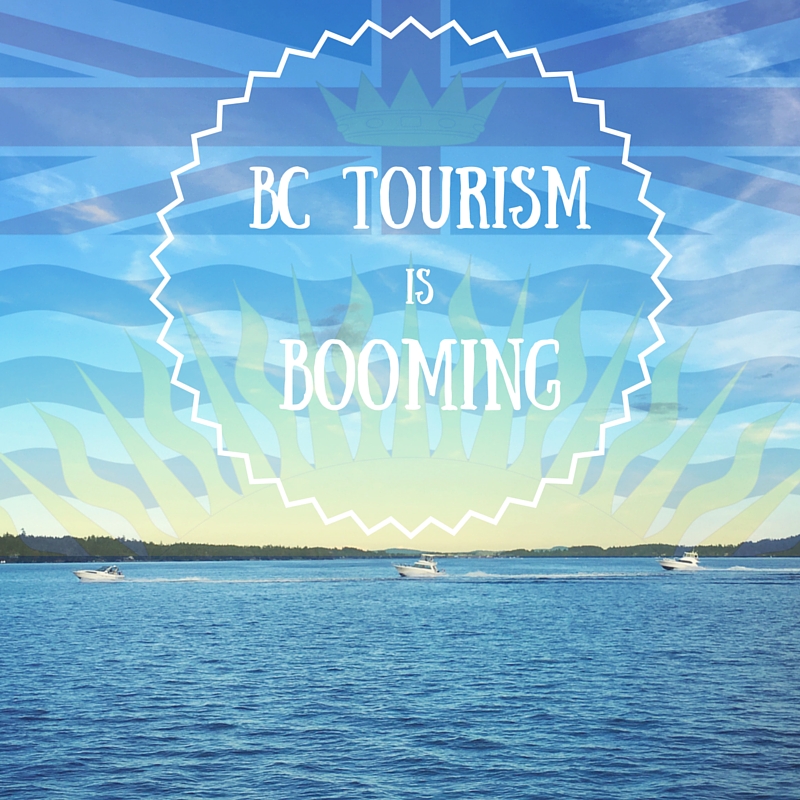 B.C. tourism industry is booming with an 18% increase in tourists so far this year with more than 1.17 million visits.

The low Canadian dollar has led to a record-breaking year for BC tourism with April seeing the highest number of visitors compared to the last 10 years. We’ve noticed a recent surge of boaters with this being one of our busiest spring seasons after seeing many boaters originating from the United States.

But it’s more than that. Destination B.C. said the majority of international tourists visiting are from Germany, China and South Korea.

The West Coast is a popular tourist destination and one of the most rewarding parts of working in a marina is having the opportunity to give tourists a glimpse into the inner workings of our majestic island. It gives us a bit of a chance to show off.

We may be biased, but the best way to get an authentic sense of the West Coast and Vancouver Island is by boat. It’s the most sensory way to experience Vancouver Island.

And exploring the island isn’t just for tourists. One of the best adventures for locals can be taking a weekend to explore the gems of Vancouver Island.

Have you ever boated to Hornby Island or Nootka Sound? These are two of the few places in the world where scuba divers can view primitive six-gill sharks, a common species of deep water shark.

What about Strathcona Provincial Park’s Della Falls? Forget Niagara Falls. This actually holds the title for Canada’s highest waterfall — and one of the ten highest waterfalls in the world.

Vancouver Island is one of the most desirable destinations for the 1.17 million tourists that have visited B.C. this year. And for the locals, make the most of living in B.C. including experiencing the island through a boat-side view. It’s one of the benefits of living on a picturesque island positioned near the majestic Olympic mountains and in the middle of the Pacific Ocean.

Are you looking for a boat or yacht? Check out our yacht sales section on our website to see if there’s anything you may be interested in.