Luxury Tax Will Kill an Industry

Posted on April 23, 2021 on BoatTest.com, please click here for the original. 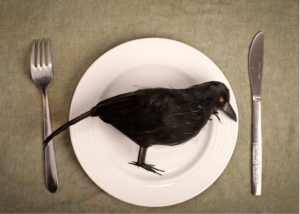 In 1991, the U.S. Congress passed a 10% luxury tax on boats costing more than $100,000. Two years later, Congress had to eat crow and repeal the destructive tax. Canadian Lawmakers beware – crow is not an auspicious meal for one’s political career.

Earlier this week, the Canadian government announced that its proposed new tax policy includes a 10% to 20% tax on boats costing more than $250,000. This new tax will go into effect on Jan. 1, 2022. Canadian lawmakers say the tax on boats, along with cars and personal aircraft, will “boost federal revenues by $604 million over five years,” according to a press release.

If all of this sounds familiar, it is because 30 years ago in 1991, the U.S. Congress passed a 10% luxury tax on all new boats sold in the U.S. costing more than $100,000. Private planes, jewelry and furs were also targeted. The tax was supposed to raise $3 million the first year and $145 million over four years. It was enacted, not so much to raise revenue as to give politicians on the stump an appeal for votes by saying they were going to “soak the rich.”

Strangely, the rich decided not to be soaked. Within the first quarter of the year, sales of new boats costing more than $100,000 were down by 89%. Orders in the thousands for boats were instantly canceled by both dealers and consumers. Hatteras laid off 700 workers within weeks, as did boatbuilders across the country. After six months, 19,000 shop-floor and white-collar personnel had been put on the street, according to the NMMA. In the following year, that number grew to 35,000.

Almost immediately, boatbuilders started going out of business: Egg Harbor was one of the first. Then, Trojan Yachts, Irwin Yachts, Bertram Yachts, Post and others in 1992. Carver closed its plant in North Carolina and never fully recovered. Morgan Yachts went out of business in 1993, followed by others who hung for a while, like Tollycraft that ceased operations in 1997. Within the decade, half of the American large yacht builders were gone, and the rest were hanging on by a string.

BoatTEST urges all of its Canadian subscribers to contact their government representatives to tell them this tax tactic has been tried and failed in the U.S. Ironically, the party that enacted the tax was the one that repealed it two years later – swallowing a generous helping of crow. Unfortunately, by that time, the damage had been done. American boatbuilding would never again fully recover. The permanent cost in terms of jobs, American manufacturing and the rising cost of doing business by the remaining U.S. builders has been enormous.